No, the Backstreet Boys Never Feuded With *NSYNC, but They Do Have 1 Regret 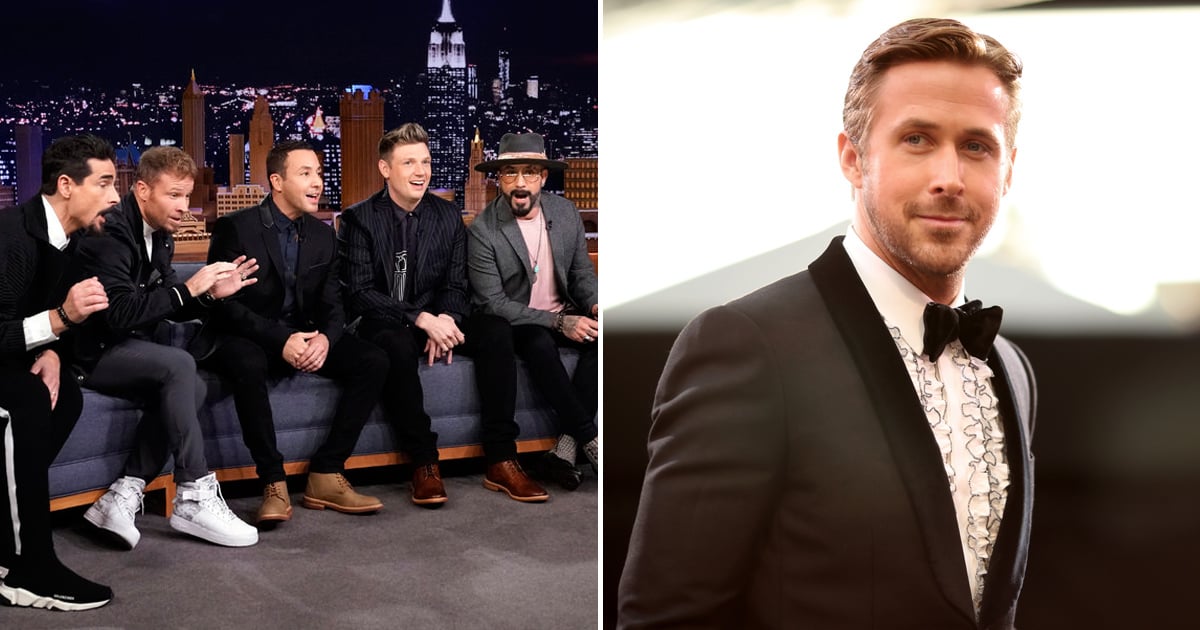 The Backstreet Boys stopped by The Tonight Show Starring Jimmy Fallon on Tuesday night and revealed some interesting tidbits about their career in the process. During their appearance, the host decided to get to the bottom of some longtime myths about the band. Namely, that Links”>Ryan Gosling was almost a member of the Backstreet Boys and that the band was in a feud with *NSYNC in the ’90s. While they assured fans that there was never any rivalry, they do have one regret: letting *NSYNC perform the halftime show at the 2001 Super Bowl.

Nick Carter revealed that they actually had the choice to perform the halftime show or the national anthem, and they ended up choosing the latter. “It’s kind of one of those bucket list things,” he added. “You kind of regret it a little bit. [We] maybe wish we could still do a Super Bowl halftime.” Well, we’re all for BSB doing the halftime show in 2021! Watch the rest of their interview above for the full scoop on how Ryan Gosling missed his shot to be a Backstreet Boy. Then, watch their barbershop cover of Sisqó’s “Thong Song.”

After six seasons of giving fans what can only be described as simply the best, Schitt’s Creek ended with the sweetest goodbye. The final season of the POP TV comedy was both a celebration of Read more…

55 Delectable Kosher Recipes You Have to Enjoy This Passover

Early spring marks the beginning of Passover, and all across the world, Jewish families will be enjoying their favorite eats during Seder. For Pesach, we’ve gathered more than 50 kosher recipes for some mouthwatering inspiration, Read more…

Carrot cake cravings can’t be curbed easily, but a single slice of the store-bought classic weighs in at over 500 calories — not ideal if you’re trying to eat healthy. Luckily, this vegan cupcake recipe Read more…